The articles on this site responding to criticisms of the local churches and the ministry of Witness Lee are centered around three primary issues—the Trinity, God’s complete salvation, and the practical expression of the church. The first round of responses were published in the 1970s in response to the criticisms of inexperienced apologists who had a limited understanding of biblical truth and even less of the ministry of Witness Lee. After an interim in which many additional resources presenting Witness Lee’s teachings were published, beginning from 1999 Harvest House Publishers and others associated with that company raised the same issues again, essentially repeating those earlier accusations without regard to the responses or other writings already published. Those renewed criticisms called forth a second round of responses.

In the mid-1970s, two categories of detractors began to publish criticisms of Witness Lee’s ministry. One category was motivated by a sense of rivalry. The other category consisted for the most part young, zealous believers who had a limited understanding of biblical truth and only a cursory familiarity with Witness Lee’s ministry. With the certainty that youth and a little knowledge sometimes brings, they refused to engage in dialogue with members of the churches, choosing instead a path of confrontation. Sadly, their work has continued to be the basis of attacks on the local churches and the ministry of Witness Lee even though more recent and thorough assessments have shown their initial criticisms to be in error.

From the 1970s to the present, criticism of the teaching of Witness Lee and the local churches has centered on three primary issues—the Trinity, God’s complete salvation, and the standing of the local churches. Concerning the Trinity, Witness Lee affirmed not only what the early church creeds said but also verses such as Isaiah 9:6, which identifies the Son with the Father, and 1 Corinthians 15:45 and 2 Corinthians 3:17, which identify the Son with the Spirit. Because of his faithfulness to the pure Word of God, his critics accused him of teaching modalism, a heresy that teaches that there is no eternal coexistence of or real distinction among the Three of the Godhead but that they are simply separate modes of expression. These critics failed to understand that Witness Lee’s teaching was based on the coinherence of the Three as is seen in John 14:10 and 20 and John 17:21 and 23.

To Witness Lee God’s salvation is not something postponed to heaven or eternity future. Rather, he taught that all believers should know God’s “much more” salvation talked about in Romans 5:10. There the Apostle Paul wrote, “For if we, being enemies, were reconciled to God through the death of His Son, much more we will be saved in His life, having been reconciled.” According to Paul, there are two parts to God’s salvation. The first is to be reconciled to God through the death of His Son. The second is to be saved in the life of His Son. This salvation in the life of Christ occupied a central place in Witness Lee’s ministry, but its emphasis on the subjective experience of Christ was something that those to whom salvation was purely objective seemingly could not comprehend. Witness Lee taught that God’s salvation in life is carried out by a process of mingling, a term he carefully selected because it indicated no loss of distinctiveness of the divine and human natures first in Christ and then in the believers. Witness Lee promoted the scriptural practices of calling on the name of the Lord (Rom. 10:12-13) and praying with the Word of God (Eph. 6:17-18) as means of fellowship with the Lord. These practices were criticized as being dangerously mystical by those wedded to a wholly objective concept of faith.

Witness Lee also taught that according to the New Testament all of the believers in a city constitute the church in that city. Thus, in the New Testament there was the church in Jerusalem (Acts 8:1), the church in Antioch (13:1), the seven churches in seven cities in Asia (Rev. 1:11), etc. This teaching implied an indictment of the denominational system, and in fact Witness Lee was critical of the organized system of Christianity for its deviation from the biblical revelation along three main lines—the replacement of Christ as life with religious and other substitutes, the nullification of the function of the members of the Body of Christ through the clergy-laity system, and the division of the Body of Christ. 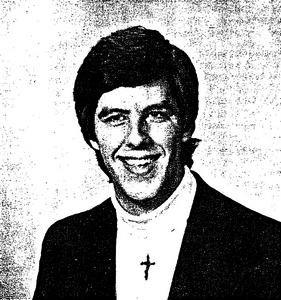 The first wave of opposition to Witness Lee’s ministry originated in the mid-1970s from the fledgling apologists Bob and Gretchen Passantino, both in their early twenties and relatively new Christians, with Gretchen’s brother, E. Calvin Beisner, still in his teens. They launched their own apologetics ministry called Christian Apologetics: Research and Information Service (CARIS) and soon became collaborators with Walter Martin, founder of the Christian Research Institute (CRI). Their input formed the basis of the appendix on the local churches in a book by Walter Martin.

Witness Lee and others wrote many responses to the inaccurate and unbalanced representation of their teaching. Concerning the Trinity, Witness Lee wrote The Revelation of the Triune God According to the Pure Word of the Bible and What a Heresy—Two Divine Fathers, Two Life-giving Spirits, and Three Gods!, and his co-worker Ron Kangas wrote Modalism, Tritheism, or the Pure Revelation of the Triune God. When Walter Martin spoke against Witness Lee and the local churches both publicly at Melodyland Christian Center and on his syndicated radio broadcast The Bible Answer Man, members of the churches responded by publishing articles in an extended series of full-page advertisements in what was then The Register (now The Orange County Register).

When two groups sharing a common source published books under the titles The Mindbenders and The God-Men with far more egregious falsehoods that extended far beyond misrepresenting Witness Lee’s teachings, some churches and church members filed libel actions against them. After both books were discredited, public attacks on the ministry of Witness Lee and the local churches waned until the appearance in 1999 of the Encyclopedia of Cults and New Religions (ECNR) by John Ankerberg and John Weldon.

During this interim, Witness Lee’s published ministry in English had become more copious. By the beginning of the 21st century, he had over four hundred titles in print. In these publications he greatly developed the themes of the Divine Trinity, God’s complete salvation, and the practical church life as an expression of the oneness of the Body of Christ. He more thoroughly expounded the Divine Trinity in terms that responsible theologians would be able to grasp, terms such as coinherence and the economic and essential Trinity. He developed the theme of God’s salvation in life, consummating in the concept of the believers’ deification in the sense of sharing God’s life and nature but not the Godhead, which is uniquely God’s. And he continued to labor to raise up local churches on all six inhabited continents and to bring believers to know Christ as their life, to serve the Lord as functioning members of His Body, and to meet together in oneness.

Under his oversight, Living Stream Ministry launched a journal called Affirmation & Critique. This publication sought to motivate “a reconsideration of the crucial aspects of Christian thought and practice in light of a vital, yet neglected, aspect of the Bible—the oikonomia [economy] of God (Eph. 3:9).” The first issues addressed subjects such as “Knowing the Triune God,” “Experiencing the Triune God,” and “Union with the Triune God.” A 2001 issue was devoted to the subject of “Deification.”

Although there was ample material in print as far back as the 1970s that demonstrated the orthodoxy of Witness Lee’s teaching on these three crucial matters, such detailed expositions made apologists even more accountable to perform adequate primary research to avoid misrepresentation. This, however, did not happen. Douglas Cowan, in his book Bearing False Witness: An Introduction to the Christian Countercult, observed that

The Harvest House book Encyclopedia of Cults and New Religions (ECNR) was marred by this type of pseudo-scholarship characterized by use of out-of-context quotes and dependence on discredited secondary sources. Nor did this practice stop when documentation of the book’s distortions was sent to its authors and publisher. Rather, all of the material published in defense of ECNR followed the same flawed method. Thus, at the same time Hank Hanegraaff (Walter Martin’s successor as President of CRI) and Gretchen Passantino were in the midst of a thorough reassessment of Witness Lee and the local churches, a reassessment that resulted in a disavowal of their respective organizations’ earlier positions, others were simply recycling the same defective analysis. These apologists brandished short, out-of-context, and often elided quotations as “proof texts,” ignoring all contrary evidence in the ministry of Witness Lee (even on the same page) and every thoughtful published response as if they did not exist. Their behavior follows a basic principle of propaganda—a lie repeated often enough will be accepted as truth—rather than responsible apologetics.

This kind of reprehensible practice is evident in a March 2004 posting on the Harvest House Publishers corporate website in defense of its book Encyclopedia of Cults and New Religions (ECNR). Their distortions were corrected in a series of postings on this site the following month. Harvest House continued the practice by posting further misrepresentations in October 2006. These also were thoroughly answered later that month.

Following Harvest House’s lead, on January 9, 2007, a group of evangelicals, many of whom had ties to Harvest House or its author John Ankerberg, published an open letter on the Internet calling on Living Stream Ministry and the local churches to disavow certain teachings of Witness Lee. This open letter then listed nineteen short, out-of-context quotations, one of which consisted of a sentence fragment of a mere eight words. Representatives of the local churches and the Living Stream Ministry editorial staff published three responses—an initial, short response; a later, more detailed response; and a quote-by-quote analysis showing the meaning of Witness Lee’s words in context and their conformity to norms of Christian teaching. These responses were compiled into book form and sent to sixty-five of the 2007 open letter signers along with books presenting the findings of two multi-year research studies, one by Christian Research Institute in conjunction with Gretchen Passantino, Director of Answers in Action; and the other by Fuller Theological Seminary. Both studies found that the teaching of Witness Lee and the local churches was thoroughly orthodox. Many of the signers were invited to dialogue. Those invitations were met by a wall of silence.

In December 2009, CRI and Gretchen Passantino published their research findings in an issue of the Christian Research Journal with the words “We Were Wrong” on the cover. Almost immediately two signers of the 2007 open letter, Norman Geisler and Ron Rhodes, wrote an acrimonious critique of the CRI reevaluation. Their rebuttal contained many errors of fact and of biblical truth. Beginning in July 2010, DCP began publishing a series of articles under the general title “A Response to Norman Geisler and Ron Rhodes’ Defense of an Open Letter and Critique of the Christian Research Journal‘s Reassessment of the Local Churches” to correct some of the more egregious errors.

The responses on this website attest to two things. First, contrary to false accusations, the local churches do not use litigation to suppress criticism of our teaching. We respond to criticism according to its nature. If it is in the realm of misrepresentation, we seek to correct it. If it is in the realm of misunderstanding, we seek to clarify our realization of what the Bible teaches. Second, contrary to the reckless criticisms that have so often come our way, we seek to provide answers that are thoughtful, biblical, and thorough. We believe that only in this way can the truth and our Lord be served properly.