Immediately after the Christian Research Institute, the largest and most respected apologetics ministry in the world, retracted their earlier criticisms of the local churches and published their own critique of the shortcomings of the 2007 open letter in a series of articles in a special issue of the Christian Research Journal entitled “We Were Wrong” (see the “Dialogues” section of this site for more information), two signers of the open letter, Norman Geisler and Ron Rhodes, wrote an acrimonious critique of the CRI reevaluation. The rebuttal put forward by Geisler and Rhodes contained many errors of fact and of biblical truth. Beginning in July 2010, DCP began publishing a series of articles under the general title “A Response to Norman Geisler and Ron Rhodes’ Defense of an Open Letter and Critique of the Christian Research Journal‘s Reassessment of the Local Churches” to correct some of the more egregious errors. 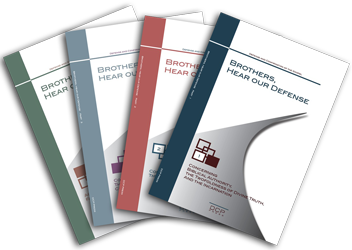 Brothers, Hear Our Defense is a series of four books correcting many errors in an article by Norman Geisler and Ron Rhodes. The subjects that these books deal with—the authority of the Bible, the incarnation of Christ, the nature of God, the state of Christendom measured against the Bible—are important matters deserving consideration by all serious Christians.

A Defense of the Gospel – Responses to an Open Letter… 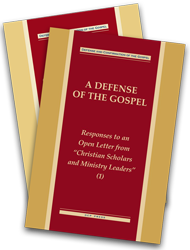 In 2007 an open letter appeared on the Internet calling on Living Stream Ministry and the local churches to “disavow and cease to publish” certain statements by Witness Lee. The two books in the series A Defense of the Gospel: Responses to an Open Letter from “Christian Scholars and Ministry Leaders” (1) and 2 answer the concerns raised in that 2007 open letter and show the defects in its handling of important biblical truths.

Booklets Responding to Criticisms of Witness Lee and the Local Churches 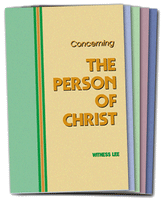 The articles on this site responding to criticisms of the local churches and the ministry of Witness Lee are centered around three primary issues—the Trinity, God’s complete salvation, and the practical expression of the church. The first round of responses were published in the 1970s in response to the criticisms of inexperienced apologists who had a limited understanding of biblical truth and even less of the ministry of Witness Lee. After an interim in which many additional resources presenting Witness Lee’s teachings were published, beginning from 1999 Harvest House Publishers and others associated with that company raised the same issues again, essentially repeating those earlier accusations without regard to the responses or other writings already published. Those renewed criticisms called forth a second round of responses.

Since the 1970s, members of the local churches have produced numerous writings defending and confirming the truth against irresponsible distortions of our teaching and practice. These writings address a multitude of biblical truths with particular emphasis on the Divine Trinity, God’s complete salvation, and the practical oneness of the church, all of which are vital to our Christian life and the accomplishment of God’s eternal purpose. Thus, these writings remain applicable and valuable to Christians today.